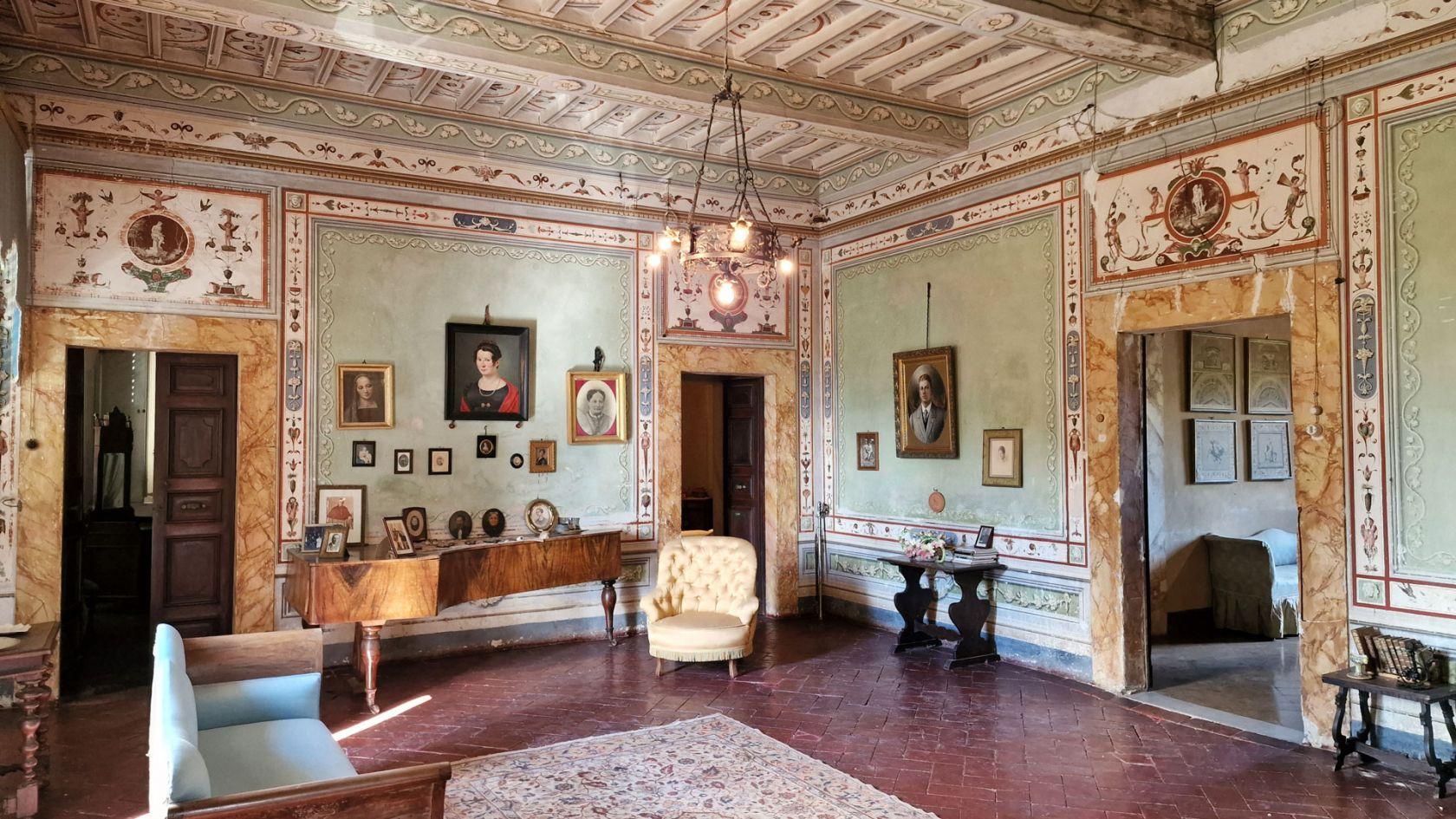 Historic 16th century palace with land for sale on the outskirts of a delightful village in the municipality of Castiglione del Lago. The prestigious building, despite being inside the village and therefore close to all services, accessible by foot, offers absolute privacy, thanks also to the land of the property of over 6000 square metres.

The building, with a total area of approximately 790 square metres, was built in the early 1500s and renovated between the 1960s and 1970s and has two annexes. It comprises a total of four levels and features frescoed walls and vaulted ceilings.

On the basement floor there is the cellar with a characteristic grotto attached.

First floor: study, 5 double bedrooms, bathroom, living room and a delightful little, well-kept, private chapel inside.Second floor: hallway and 5 double bedrooms.
The historical villa is suitable as a private residence, but it has great potential to be converted into an accommodation facility, as there is also the possibility of building a swimming pool in the grounds of the property and also considering the fact that part of the land is buildable for possible extension or additional construction.
Its proximity to the major centres of interest in Tuscany and Umbria makes the property a perfect base for those wishing to visit villages such as Città della Pieve, Castiglione del Lago, Cortona, Chiusi and Sarteano with their Etruscan sites, and Montepulciano, land of the famous and excellent Vino Nobile. Gioiella is also close to Perugia and Siena, two of the most characteristic cities of Umbria and Tuscany.
Historical notes
Ascanio della Corgna dedicated himself to the embellishment of the Castiglionese palace, designed by Vignola, then by Galeazzo Alessi, with whom the marquis collaborated. Ascanio della Corgna stayed mainly in the palace in Castiglione del Lago, but also in the residence in Perugia, in the castle in Bastia Corgna (the ancestral birthplace of the family) and in the Casino di Caccia (transformed into a dwelling in the 18th century) in Gioiella, on the hills on the western shore of Lake Trasimeno. 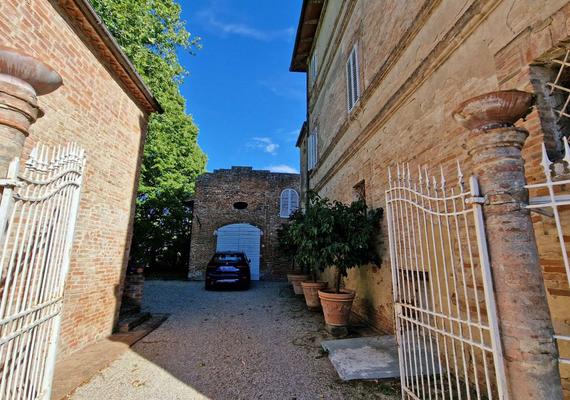 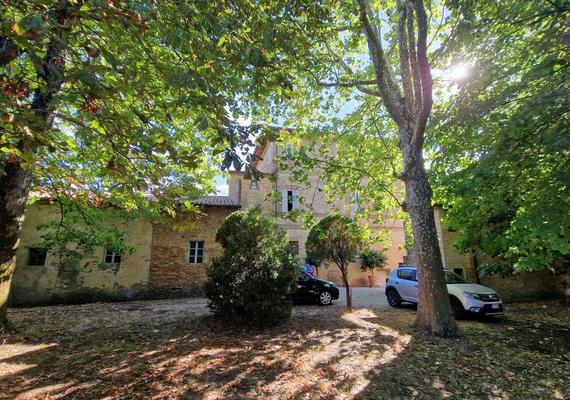 Request a virtual visit of: V428 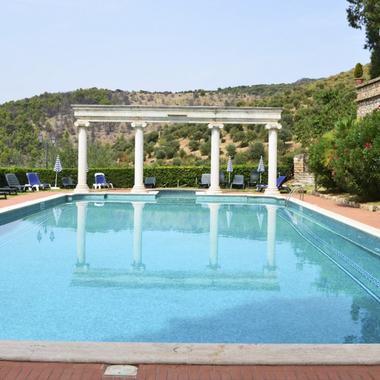 Hotel for sale in the province of Perugia, Trevi 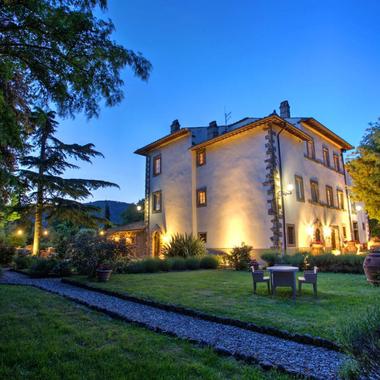 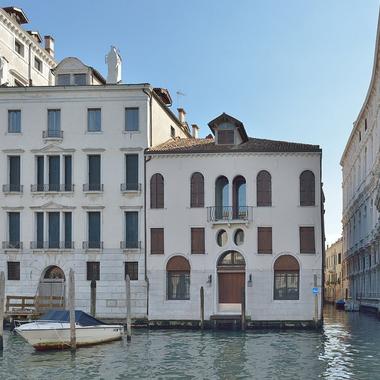 Detached building for sale in Venice